The Met Office ran a workshop yesterday (18 June 2013) to bring together climate experts from across the UK to look at our unusual seasons, the possible causes behind them, and how more can be learned about the drivers of our weather.

The meeting sought to assess the research done so far and discuss what needs to be studied in the future to get a better idea of what could be causing the weather extremes. 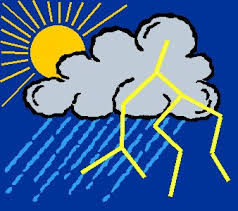 Earlier this month the Met Office said below average temperatures through March, April and May made it the fifth coldest spring in national records dating back to 1910 and the coldest spring since 1962.

At the end of the summit, they said that UK’s weather was being influenced by a number of factors, including long term Atlantic currents which occur in 10-20 year cycles.

This in turn is believed to be one of the factors affecting the jet stream – the column of air 10km up in the sky, which drives the UK’s weather.