Creativity Challenge – Message in a Bottle

Message in a Bottle is an artist-led project working with K through 8th-grade students in a California school to raise awareness about the global efforts needed to preserve the world’s oceans. Each class has released a silk-screened, recycled glass bottle loaded with inspiring student artwork and a message which outlines the current state of ocean degradation and invites each discoverer to participate in a global project by sending a found object for assemblage into a series of sculptures.

The message in a bottle specifically focuses on the threat of plastics to ocean life in a specific context to the North Pacific Gyre and David de Rothschild launched the school’s apex bottle, ‘Big Splash’ – a 9-litre glass bottle that will be the world’s first satellite-tracked message bottle – as part of his ‘Plastiki’ mission to cross the Pacific in 2010. 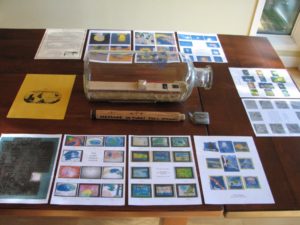 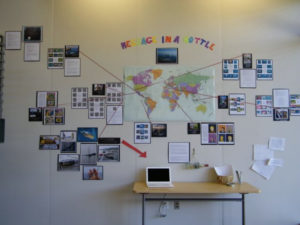